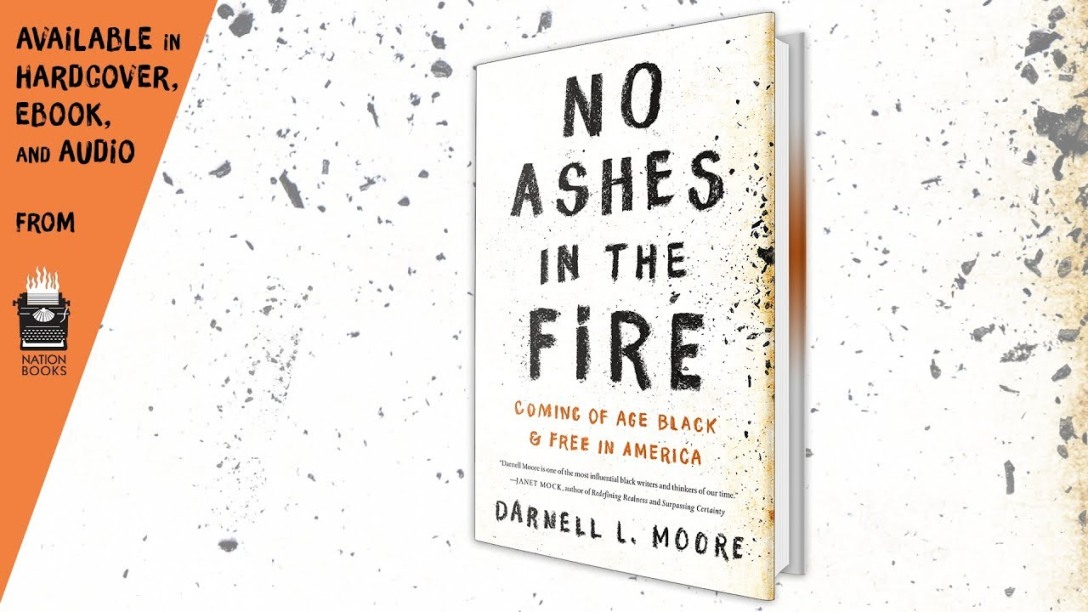 It’s a rare thing for a book to conclude and your biggest complaint be that there quite wasn’t enough of it. Yet, that’s what Darnell L. Moore accomplished with his memoir No Ashes in the Fire.

It’s an impressive work of introspection, family heritage, and the intersectionality of race, sexuality, gender, and even faith, all the more so because it’s done in beautiful prose.

END_OF_DOCUMENT_TOKEN_TO_BE_REPLACED

One of my most favorite and most unproductive things to do is argue on the Internet with people, and I know it’s so, but it feels productive in the sense that I better understand why I feel the way I do. Occasionally, I much later change my mind when I recall some argument without first remembering which side of it I was on.

One of the worst ever to get involved in is abortion because it is not the sort of thing that will resolve in common understanding. I used to wear a T-shirt I made that said ‘LEGALIZE ABORTION’ because that was the joke. It would be like a shirt that said, ‘BAN MARIJUANA’. Back then, both already were common policy and said nothing more than STATUS QUO.

But recently, I engaged with someone on Twitter on the subject of reproductive autonomy and made many mistakes but (of course) don’t feel that I was wrong.

The major mistake I made was not recognizing how the person I talked to had latched on to an age that was not rationally important to what I was saying but definitely was viscerally: 10-year-olds should have access to long-lasting contraceptives. Really, I meant anyone with internal reproductive systems should be able to have access to it as soon as they begin puberty and are at risk of becoming pregnant. But the person I talked to fixated on the example age, and I should have given them an off-ramp so their automatic emotional defenses could lower.

The second mistake was to allow any snideness or attack to creep in to what I said. To have a productive discussion with anyone, you can’t call into question their motives, even if their motives have changed throughout the conversation.

Beyond that, what follows won’t be decisive or much use to anyone else, and I’m sure many have had it before, but I was surprised by how quickly someone went from believing that unborn lives were preeminent to finding reasons to prefer everything else.

END_OF_DOCUMENT_TOKEN_TO_BE_REPLACED

‘Race’ isn’t real in the sense that we use it. ‘Mongoloid’, ‘Negroid’, ‘Caucasoid’ are fictions of racism that don’t align with any evidence-based reality.

Sub-Saharan African populations are more genetically diverse than the rest of the planet combined; Aboriginal Australians are separated from by 60,000 years of descent, and Tamils and Melanesians all dark-skinned therefore would be identified as ‘black’ if living a society built on racism.

Racism isn’t grounded in reality, but it creates a reality people live in.

END_OF_DOCUMENT_TOKEN_TO_BE_REPLACED

The other day I was shopping for some new clothes, which is rare.

I’m basically the same size I was as a high school freshman, which in some ways is good because my midsection remains in agreeable proportion to my shoulders, and also because I can still wear my junior high standard attire when I go to work.

But, things do have a way of getting spilt on and threadbared, and it seems that when you go shop to find the first thing that fits and then leave, it often doesn’t fit very well later, and you subsequently don’t much enjoy wearing it, and put it off putting it on until you have a closet hanging only with all the itchy, baggy pants you hate. But they’re all that’s left and the stuff on the floor is too dirty to get by with.

END_OF_DOCUMENT_TOKEN_TO_BE_REPLACED

I’ve said before that I hate spring, and I do.

This is not the climate or location for it, even in the best years.

For the longest time, I thought the smoke from all of the wildfires was just the usual dust blowing in the air, the brown particle overcast of West Texas common to the season. It’s too dry to keep down the dirt, and that’s true, yet it’s now too dry for there to be much left unburnt except for dust, it sometimes seems lately.

END_OF_DOCUMENT_TOKEN_TO_BE_REPLACED

The other day, someone posted a comment on the online version of my column regarding a passing sort of mention to Pentecost.

“I was really digging this until the Biblical reference. Fantastic way to isolate everyone but your Christian readers.”

END_OF_DOCUMENT_TOKEN_TO_BE_REPLACED

When she goes to school or turns on the television, 16-year-old Permian student Sandra Chavez is often exposed to a culture that celebrates premarital sex.

“From all of the pressure, it’s really hard to save yourself for marriage,” she said.

But Thursday night at CrossRoads Fellowship, she and about 800 other students were able to hear that it’s OK to wait.

END_OF_DOCUMENT_TOKEN_TO_BE_REPLACED

As many people know, my dad is a man of the cloth. That cloth is usually shorts and a sweatband, but then he is the Running Preacher, after all, so this isn’t much a surprise.

As pastors go, he’s really not a very good one. Terrible, even. Most people don’t know that about him. He’s never made much money at it, never been interested in being the boss when it comes to church affairs and never had any sort of political ambition at all, including within the Southern Baptist Convention. (I wish there were more terrible pastors.)

END_OF_DOCUMENT_TOKEN_TO_BE_REPLACED

If anything I say here offends you, I wasn’t trying to. There are two things you don’t talk about over dinner, but if that extended to newspaper columns, I wouldn’t have much to write. Religion and politics offend easily, and taken together the problem is even worse. Actually, this is my point, that under no circumstances should we put either at risk by mixing them.

Read no more than that, and you’ve read enough.

In 2004 I saw bumper stickers around town that read, “Christians remember November.” And this agitated me to no end.