The CHAIRMAN. When the committee rose it had under consideration resolutions of reference of the President’s message. On that question, the gentleman from Texas [Mr. Reagan] is entitled to the floor.

Mr. REAGAN. Mr. Chairman, I avail myself of the general range of debate, in Committee of the Whole on the President’s message, to discuss some topics which concern the whole nation. And, as I cannot expect to occupy the attention of the committee soon again under our rules, I shall have to try to discuss a greater number of questions than may be conveniently considered or clearly presented in one speech.

END_OF_DOCUMENT_TOKEN_TO_BE_REPLACED 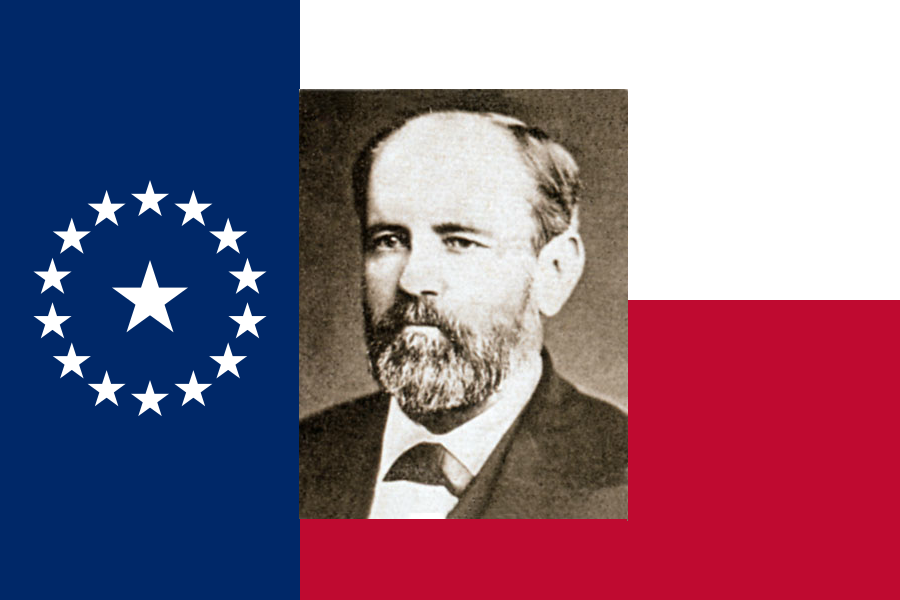 As memorials to slavers and other Confederate heroes have been removed from public and otherwise challenged in recent months, a common complaint is that, by doing this, we’re forgetting our history or erasing it.

In my home county, we still have the historical marker its namesake:

Indeed, Ector (his first name was actually spelled Mathew) was a Confederate brigadier general and later a Texas high court judge. As a jurist, he’s most notable for re-affirming racist marriage laws after Reconstruction.

END_OF_DOCUMENT_TOKEN_TO_BE_REPLACED 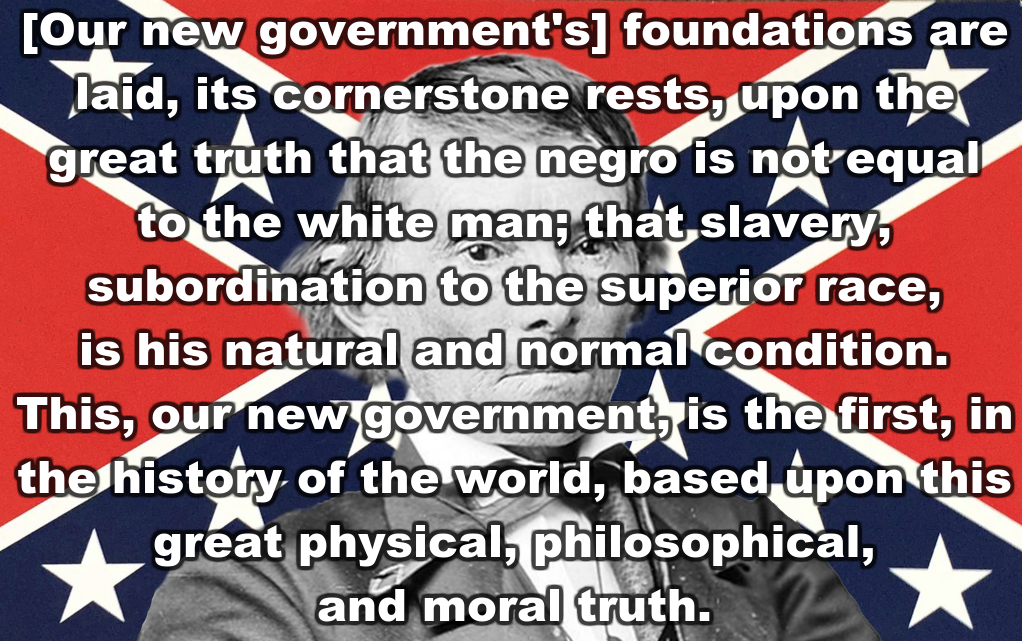 While we all can safely circle jerk around Alexander the Great and Plato and Julius Caesar who all owned the fuck out of shit tons of slaves.

Better take down every statue of Augustus Caesar in Italy because he owned slaves.

The Confederates sought to found a nation whose explicit cornerstone was the moral equivalent of institutional prepubescent rape.

END_OF_DOCUMENT_TOKEN_TO_BE_REPLACED

It’s the sesquicentennial of the American Civil War, all this year and for the next four, and it started, really, really, with April 12 and Fort Sumter. Now we’re getting into the sort of thing mustachioed Southern men can actually re-enact, and be interviewed about while dressed up on the History Channel.

(Or rather, be interviewed about on the History Channel as it existed 15 years ago.)

This is the good part of the Civil War, the one everyone likes with its gallantry and troop movements, and “Oh, brother-against-brother; they had such courage on both sides, and who really knows who was in the right?”