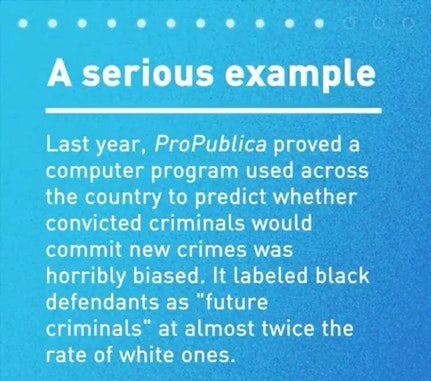 HUMAN 1
I am assuming that the computer program did not factor in race at all and instead focused on actual circumstances which black people just tend to be worse off in. Then ‘ProPublica’ got outraged when doing simple data mining because working to actually resolve and understand issues has been well outside of the American left’s wheelhouse for decades.

HUMAN 2
The algorithm is literally biased

Yeah, you can say you have a completely race-blind algorithm, but if it’s blind to racism impacting the data, it’s going to have a result that suffers from racism as well.

For example, asking, ‘Was one of your parents ever sent to jail or prison?’ is really closely akin to asking whether someone’s grandparent was a slave before forcing them to pay a poll tax or take a literacy test. The question may not be inherently racist, but the question it’s asking is addressing a reality that was racist and affected people disproportionately.

An algorithm that perpetuates systemic biases probably is not a well-designed one. END_OF_DOCUMENT_TOKEN_TO_BE_REPLACED The issue with teaching women how to protect themselves from rape is not that it isn’t a practical concern worth considering & acting accordingly.

The problem is that by doing so, it frames rape as a force of nature no one in particular is responsible for committing but people are responsible for protecting themselves from, and in fact they are the ones to blame if they don’t protect themselves properly.

END_OF_DOCUMENT_TOKEN_TO_BE_REPLACED 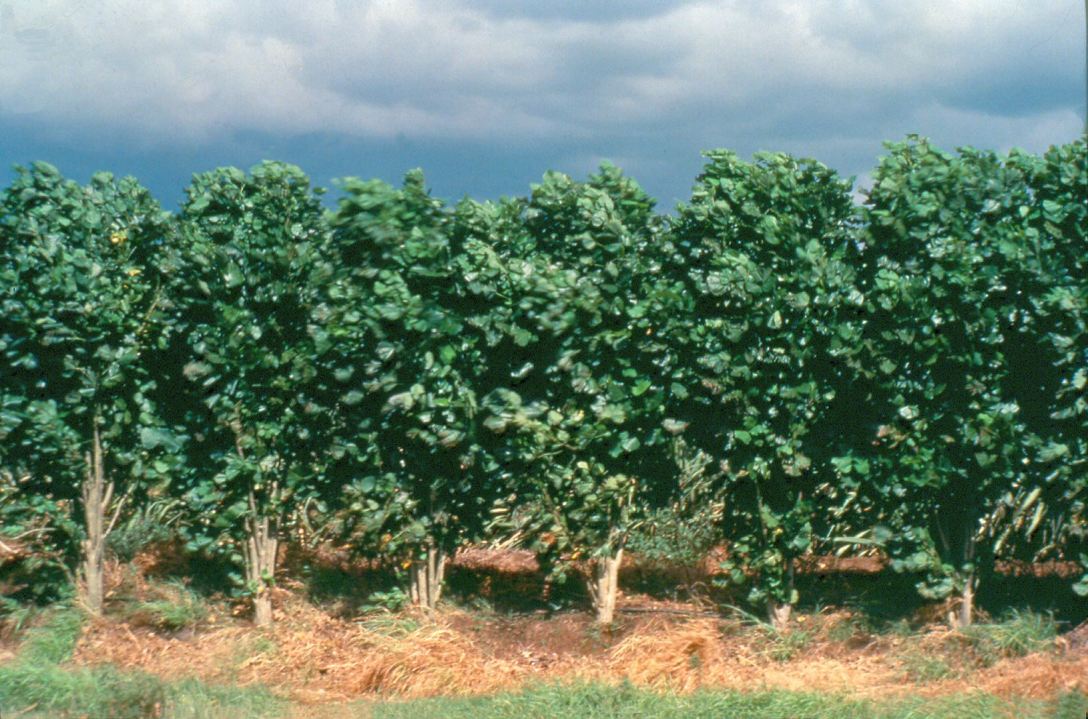 Donald Trump is and remains president-elect despite earning, to this point in the counting, 1.7 million fewer votes than his opponent nationwide, or roughly every man, woman, and child in the Dakotas.

So despite having a plurality of the electorate, Democrats and the left have 0 percent of the power in federal government, and full control of six state governments compared with 26 for Republicans.

Part of this is by design: voter suppression and gerrymandering are ongoing efforts to disenfranchise minorities and other Democratic voters. But it’s a lot easier when people you don’t want to vote move to places where it doesn’t matter whether or not they do.

END_OF_DOCUMENT_TOKEN_TO_BE_REPLACED 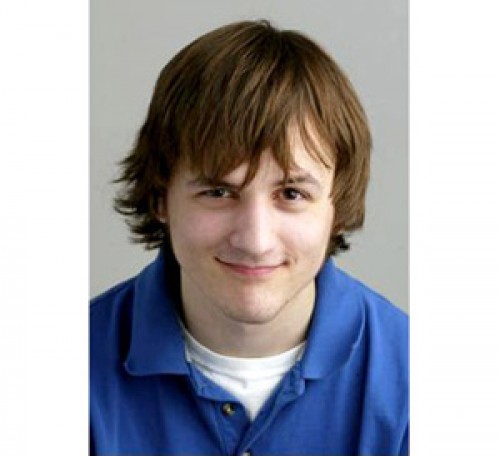 In light of certain gubernatorial comments and the aftermath, I was trying to think, what exactly justifies secession? The answer to that is pretty simple, namely sufficient force to be able to do it, but rhetorically or ideally or whatever, when does it become OK to start the conversation on breaking away from the larger country? More frankly, when does whining cross over into the territory of legitimate grievances?

Actually looking at the American Revolution, for example, you’d be hard-pressed to say the British were really all that mean to their American colonies, especially compared to the colonies the British possessed in other parts of the world – or even how the Americans treated their own slaves.